The Most Popular Mukbangers That Have Stayed Evergreen

While the skill of "mukbanging" may seem to onlookers to be among the strangest of YouTube's famous fads, followers of...

W hile the skill of "mukbanging" may seem to onlookers to be among the strangest of YouTube's famous fads, followers of these most popular mukbangers seem to think differently. They think the viral popularity of these folks consuming a large number of calories is more than justified. Truth be told, Mukbang videos on YouTube, which allow you to live (read: eat) vicariously via another person, are immensely fulfilling. Not to mention, the best mukbang films often bring viewers to some very delicious food recommendations.

Don't be deceived, although Nikocado Avocado (aka Nicholas Perry) enjoys playing the victim, he is among one of the most problematic Mukbang Youtubers of all time. Since early 2014, when Nikocado was a skinny 21-year-old vegan, he has been making food videos. He's subsequently morphed into an enormous junk food addict. He came to the conclusion that living a vegan lifestyle was harmful to his health.

Perry, a pioneer among male mukbangers, currently has 3 channels: Nikocado Avocado, Nikocado Avocado 2, and Nikocado Avocado 3. Perry uploads videos practically every day, and each one is as weird as the previous one. Perry argues that his battle to understand his adoption drove them to their present profession. During a collaboration, he informed the interviewer, "I simply, like, constantly want attention."

Quang Tran, a Vietnamese-born-Canadian-national, has over 1.5 million followers on his YouTube channel. He's noted for his obvious pleasure in the meals he consumes (his large grin virtually never leaves his face) and the exquisite recipes that are shared by him with the audience. You'll enjoy watching him devour fried chicken, slurp pasta, or devour a slice of pizza.

Banzz can really eat. And by that we mean, like quite a bit. In one session, he once ate hundred McDonald's Chicken Nuggets.  However, the YouTuber named Jung Man-su struggled through a difficult year in 2019 and utilized his channel to market his own range of "weight reduction" foods. Banzz was punished by a district judge in Korea for misleading advertising. Prosecutors asked for 6 months of incarceration. The defense team, on the other hand, maintained that their client had no intention of defrauding spectators and the illegally uploaded material was just a product of immaturity.

Banzz was fined 5 million ($4,100), which is a little price to be paid by a man said to be worth millions. Afterward, Banzz apologized in a sad video. Since viewers can react to video apologies, YouTube users love them. Banzz then committed the cardinal sin of removing comments he didn't agree with. Banzz basically built a cancel culture by hacking and unsubscribing viewers in large numbers. Despite this, the YouTuber seems to have enough subscribers to continue earning money.

Stephanie, a perky Korean-American, has over 1 million followers despite being a relative newbie. Her particular selling feature is that while she eats her way through platters, she typically narrates anecdotes about conspiracy theories, suspicious deaths, and scary Reddit posts. Don't be scared off by the tales, they're more entertaining than terrifying because she's a fantastic storyteller!

Amberlynn Reid is cute and adorable, but her recent "weight reduction" mukbang videos have ruffled some significant feathers. She has been doing this for the last 5 years. Destiny Era, Becky Era, and Krystal Era are the 3 internet "eras” of companions she's had. Reid keeps track of her calories while eating mostly nutritious meals in her videos.

However, supporters (and trolls) decry the idea that Reid prioritizes her YouTube revenue above her health. Reid has been chronicling her weight-loss struggle for years, but she gained weight in the meantime instead. She currently weighs 259 kg.

Thousands of people have joined a Petition on change.org to terminate Reid's video diary, claiming that she is "paid nearly $1,000 each month while doing nothing except fooling her audience." The big question is, will de-monetizing this channel on Youtube, help Reid regain her health for good?

So, is it really the greatest job on the planet to be a mukbang artist on YouTube? It is, admittedly, a win-win scenario. Mukbangers don't just get to eat amazing cuisine each time they record a video, but they also get paid to do it! These most popular mukbangers have managed to build empires out of their profession that is evergreen. 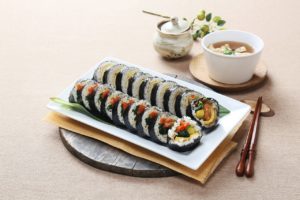 8 Trending Mukbang Foods And Why They Have Become So Popular