Xbox has a big fan following and you will find a large population of gamers playing it. There are countless...

X box has a big fan following and you will find a large population of gamers playing it. There are countless games that have broken records and won the hearts of hardcore gamers. Let’s look into the top best Xbox games by sales, maybe you would want to try some of these yourself in case you missed it.

The one thing that has boosted up the charts in this generation is gaming. Everyone from a kid to an adult, whatever gender, has a safe space with gaming and enjoys it frequently. One main reason is that the games keep improving in quality and the storyboard is attractive to all players. These games listed below have left a positive impact on all the players:

These are the top 7 best-selling Xbox games that could not miss the charts and stole the hearts of their beloved gamers.

The most critically acclaimed game in the Need For Speed series is Need For Speed: Underground 2. It had new game modes, cars, customization options, and other modes like the drift and drag competition. It is also built upon the first Underground in many ways which made it a classic too and one of the best original Xbox games. It ended up selling 1.44 million copies globally reaching the top 10 best-selling list.

Developers Valve had released a game in 2003, Counterstrike. It had an elimination and objective-based gameplay, counter-terrorism forces against one another that set foundations for the rest of the series. It also ties up with Ninja Gaiden selling 1.5 million copies.

One of the best original games of Xbox is Star Wars Knights of The Old Republic, it is also the best amongst Star War games. It was released in 2003 by BioWare. This game introduced the players to a new RPG gameplay battle system with amazing customization options. Selling 1.58 million copies proved its great story, iconic twists, and that it is a complete masterpiece.

The most recognized first-party game in Xbox is Fable. It was released in 2004 as the first in the series. It is a popular action role-playing game with a concept of a fantasy world, it takes the player through mysterious lands and battles using the classic, well-known, turn-based gameplay. It sold 3 million games, encouraging more players to try it out.

When one thinks of Xbox, the name Halo may pop into your mind. Halo: Combat Evolved was the first game in the Halo series and was released on the console in 2001. It revolutionized first-person shooting and improved the whole concept. It has great gameplay and a story that kept the players engaged; therefore, the franchise was easily spotted on the map. Selling 5 million copies of it surely proves to us their worth and amazing first-person gameplay.

Here is the star of the night, a game on top of every other game by a large margin. Halo 2 was published by Microsoft Game Studios in 2004. It is by far the most sold game, in total Xbox, has sold a whopping 8.46 million copies. It surpassed the second best-selling game, Halo: Combat Evolved showing how well these games are doing in terms of sales. There is a significant improvement in graphics and gameplay which helped in more gamers buying them.

In the end, there are always competitions between gaming industries and their games. But Xbox has been doing tremendously well as you can see by the best Xbox games by sales. Most of these best-selling games are also amongst the best original Xbox games by gameplay. Basically, it all comes down to gameplay and graphics that help in the experience, better the experience more the sales it makes. As time will move forward the list will keep evolving.

Not sure if getting an Xbox is the best option for you? Check out these gaming laptops instead! 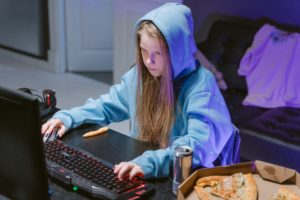 5 Of The Best Gaming Keyboards 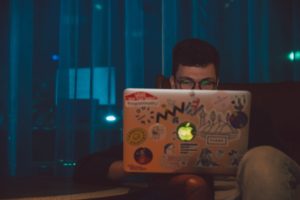 The Best Gaming Laptops In The Market