Mac Vs. Windows: Things To Consider Before Buying

For a long time, the “Mac vs. Windows” argument has raged on. In the end, it's a matter of personal...

F or a long time, the “Mac vs. Windows” argument has raged on. In the end, it's a matter of personal taste; what you enjoy and also what you would like to accomplish with your computer.

The operating systems are responsible for some upsides and some downsides of these two primary computer systems. Apple's OS X compared to Microsoft's Windows operates in distinct ways. One may be better compared to the other depending on whatever someone wants to achieve, but it all boils down to personal preference and personal requirements.

When deciding between an Apple Mac and Windows PCs, take into account all of your other gadgets, including mobiles, tablets, and gaming consoles, and also Apple TV, plus other PCs. Though it is plausible to own a mixture of systems, all Apple items work together whereas Windows supports Android very well, including Xbox and PlayStation.

For a long time, Macs have widely been known to be synonymous with high-end graphic design. This is related to the way the items are designed.

Apple items have a pleasing appearance and are occasionally purchased only for that reason.

Apple is also well-known for its superior customer service. It's difficult to draw a straight comparison since there are several different PC manufacturers, but Apple performs a wonderful job at backing up its items in general.

Macs are more likely than PCs to incorporate fresh advancements into their software design. Apple can respond more swiftly when there's some new hardware innovation such as USB-C since they only have one manufacturer.

Since Mac owners are a small percentage of the population, Apple has gone to great lengths to ensure that the products are compatible with Windows applications. Therefore, Macs can support Windows-formatted hard drives and can frequently convert software made for Windows to OS X-compatible formats.

The most significant benefit of a PC is its lower cost. Since there is an abundance of PC manufacturers, a large choice of systems at various price ranges is available. Only the greatly powerful and extremely costly PCs can compete with Apple's pricing.

Despite Apple's best efforts, PCs provide greater potential for touch displays. Laptops can be converted to tablets, and desktops can utilise touch screen displays, and also tablets can even be used as PCs thanks to Windows 8 and Windows 10.

There is significantly more software available for Windows PCs. While many big software companies provide several versions of products, others do not, assuming that Apple would cover any gaps in the consumer market with their proprietary software.

Windows PCs can be updated more simply and have a wider range of component possibilities. If your Mac is upgradeable, you can only upgrade the RAM and storage disc. A PC owner has a variety of processors, motherboards, storage drives, graphics cards, video cards, memory, and audio cards to choose from. This allows PC owners to rapidly and simply construct a bespoke system or enhance their existing machine.

PCs have the benefit of having additional connection ports as well as different kinds of ports all on a single system, as well as the opportunity to choose a system depending on the amount and type of connection ports. If a specific type of port seems vital to someone, they can locate the perfect system for it.

PCs have higher backwards compatibility due to the amount of differing systems and users, which means you can use older software versions or OS on modern hardware.

Lastly, although a Mac may run games, PCs are typically regarded to be better for dedicated gaming. Full time gamers tend to go for Windows PCs.

Since Macs and Windows PCs are amongst the most popular operating systems, the dispute will rage on. Each system excels at different tasks; it all depends on what characteristics are essential to you, plus what you want to use your computer for.

It’s important to consider all your options before picking between mac vs. windows. It may be confusing and a little difficult, but a computer is a long term investment and it is important that you think it through. If you don’t, you may be stuck with regrets in the long term, and that’s not an ideal outcome. 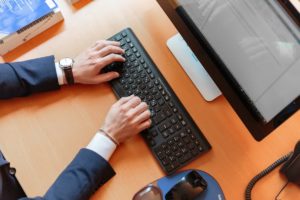 How To Build Your Own Keyboard