IOS vs. Android: A Comparison

The debate for iOS vs. android is never-ending. Fans of both systems are loyal to their companies. IOS is the...

T he debate for iOS vs. android is never-ending. Fans of both systems are loyal to their companies. IOS is the system owned by Apple Inc., while android is the system owned by Google. Both frameworks are highly developed and lead the market. Each system has a broad set of features, each with its advantages. With the two superpowers dominating the smartphone world, both systems are outstanding. In this guide, we’ll help you decide which system is better suited for you: iOS vs. Android.

The first thing you look at when buying a new gadget is of course the hardware. This is where iOS vs. android variances turn out to be definite. Apple is the only company that creates iPhones, hence it has total command over the software and hardware. However, Android has multiple phone manufacturers, like Samsung, Motorola, etc.

Hence, Android phones are more likely to have issues with their hardware. With an iPhone, one only has to select the model, but with an android phone, you have to pick models and brand both. Even though many favor the array of choices they get with android, others hold Apple’s iPhones in high regard.

Android creators update their software to the newest version slowly, while iOS gets regularly upgraded. This is where you might rethink your decision, as with iOS, there are constant updates which is not the case with android. Another concern is that the manufacturers get control of the update, not the user like iOS. IOS’s system has better compatibility with older versions of iPhones than android as well, because of their comprehensive device upkeep.

Apple’s application store provides fewer applications than Google’s Play Store. Applications offered in the Apple Store are few as the company is strict with what they permit, while Google is more laidback. Even though Apple may seem uptight with what they allow, remember that it tries to avoid situations like when WhatsApp’s imposter application was used approximately one million times forcing Google to take action against it. Which is a huge security risk.

If the privacy of your data is important to you, Apple is your automatic choice. Google's main commercial model is constructed around gathering consumer records and marketing those statistics to promoters. Hence, Google requires access to users’ personal information and their permission to distribute it with businesses. Apple has progressively relocated functions that use individual data in your device, which reduces the facts that leave your phone.

Android phones have monthly security updates, even though these are slow. Hence, many times Android phones are working on the out-of-date operating system. However, Apple’s security is constantly updated. Security risks are a rarity because the operating system is protected and downloading applications is complex. It's imperative to remind yourself that Apple’s system is not exempt from security risks. It’s just not as much of high risk as an android system though, which is a bigger target.

Google artificial assistance is a very powerful and intelligent tool. It makes use of all information you have stored on your phone to make everything easy for you. For example, if you’re prone to being late for meetings, add the time slot into your Calendar, and the artificial assistance will alert you. Siri is the competitor of Google Assistance. With new improvements being made with each operating system’s update, it proves itself to be a fabulous feature.

We can forever debate about the best functions of iOS vs. Android. However, the decision of buying the systems depends on the users and what they want to experience. Both iOS and Android systems have features that attract their buyers be it the longevity of battery or the experience of gaming. Both operating systems have advantages and disadvantages. It all comes down to what stands out to you as a consumer. This guide is a comparison of iOS vs. android to help you decide which features stand out to you. 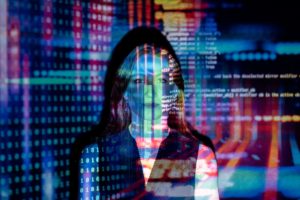 Predictions for Tech's Future and Its Effect On The World